What is Open Science. What is science? How is it related to the truth of what is and ethics? Here’s a little bit of thought for you:

Open Science seems to be a return to fundamental principles of forces and possibility, and in the human domain – ethics. A mote of dust in the breeze knows precisely every force acting on it and thus dances in the light coming from an open window. For humanity, knowledge increases the range of possibilities and leads to new options of action. The truth of reality constrains all possibilities; this is vast, limited access to knowledge of fundamental truths of possibility constrains our available actions. Our ethical systems determine what of these possible actions to take. By expanding options, we can respond with more of our ethics intact – a proxy for a sort of wisdom.
Science creates knowledge of the space of possibility of action. We derive this knowledge by taking an empirical view of the world or an experiment and concluding causation through a series of logical steps. This abbreviated version of the scientific method is cut off from the initiating force, the hypothesis. A hypothesis brings human motive to expand the realm of the true possibilities and may derive from self-satisfaction through closing gaps in knowledge or hypotheses that the hypothesizer believes will be “useful,” sometimes split into fundamental and applied sciences.
Adding to the knowledge space of humanity, we create a more significant number of options for action in our reality bounded universe. Now that we know the relationship between matter and energy, we have the option to build nuclear reactors to solve the energy needs of humanity. Once we observed that putting seeds into the earth and watering them caused them to grow we were enabled the deductive observation of farming.
Open Science is the process where these hypotheses, observations as data, the process to derive them (by code or by convention) is easily accessible to others to replicate, review the methodology and conclusions. Open science brings the ethics of beauty into our world. Like observing the dance of thousands of dust motes in a beam of light, or a balanced ecosystem with all the forces at play bringing about an orchestra of action and reaction. Open Science can bring a faster and more accurate mapping of truth for anyone willing to participate. This expanded realm of possibility means we can act on our ethics with more dimensions of freedom. We may have kept the benefits of increased food production, energy production, highrises, antibiotics for the elite. It seems logical that experiments are being conducted today that only benefit the elite. Closed access / secret science goes against the desire of truth. What does truth desire? If we accept things are, and that truth is, then truth is truth and truth “desires” to be known, to fill its total shape as it does everywhere else. Consciousness (that which conducts science) seems to be a rare force in the universe in its ability to hide and lie. Open Science is not an ethic; it is an enabler of ethical actions through access to knowledge and options for behaviors.
Open Science puts consciousness into the service of beauty by theorizing, exploring, deducing, and sharing – creating space for ethics – creating space to dance. 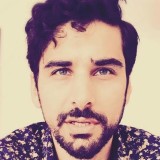 I am Bilal. It's my goal to make people realize that they can do it themselves.